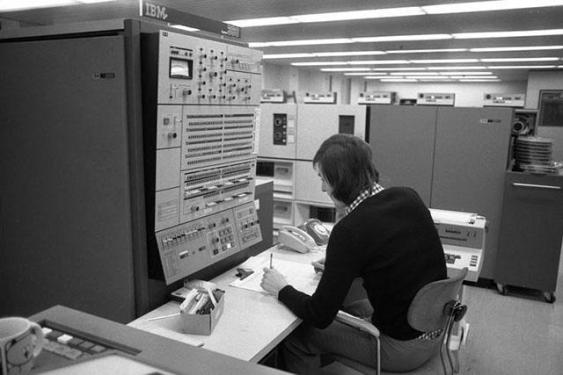 In spite being 60 years old, the COBOL programming language underpins finance and administrative systems used by businesses and government agencies. COBOL (Common Business Oriented Language) has done its job just fine since it was first used in 1960, so efforts to replace it with modern languages like Python or Java have been half hearted.

This situation presents a problem for states trying to deal with the sudden massive surge in unemployment claims due to the coronavirus lockdown and the increase in unemployment amounts mandated by the CARES Act.  Systems based on COBOL don’t have enough people to service them.

The Covid-19 pandemic has exposed aging, inflexible computer systems at the heart of the U.S. economy — and a shortage of experts to fix the problem. This is slowing the government’s effort to get billions of dollars in stimulus checks to millions of newly unemployed citizens.

The $2.2 trillion CARES Act passed in late March includes a $600 weekly increase in unemployment benefits. That money won’t reach anyone until state agencies update technology systems to reflect the law and handle the flood of new applications.

But the COBOL problem has been waiting for a solution for while. Newer languages could step up to the plate and replace COBOL entirely, but nobody seems to want to undertake the risks or the substantial costs of switching.

So, COBOL remains. Businesses and government scramble for patches when a Y2K or a COVID-19 incident occurs.

Pictured above:  the IBM System/360 Model 50.  In late 1962, IBM announced that COBOL would be their primary development language.  COBOL is machine independent, so mainframe manufacturers readily adopted the language.