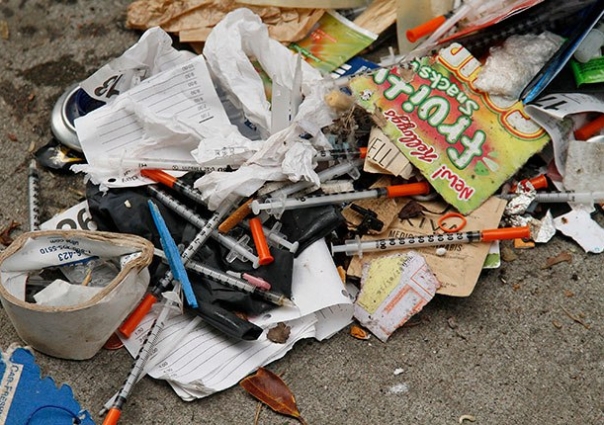 San Francisco, once a lovely city, is now a poster child for urban decay. The Drug-Homeless Complex rules this once home to strong retail stores, industry, and port activity. What San Francisco has now is a cadre of tax-benefitted app makers, a gargantuan government bureaucracy, and Poop Patrols tasked with washing human feces from sidewalks. What happened?

The Just Vote No Blog recommends a beautiful opinion piece by Lee Edwards, Heritage Foundation Fellow, that appeared in the Washington Times on October 14, Is San Francisco the Future of America?  In this piece, Dr. Edwards speaks of visiting The City after some time of absence. He vividly describes a society that no longer believes in right or wrong, accepts a premise that the purpose of government is to rectify every injustice, and that disdains the universal benefits of the limited government our Founders envisioned.

The vividness of Dr. Edwards’ opinion piece is enhanced by his alluding to the fact that in an uncontrolled spiral, things fall apart. Also, the whole of America might have plunged into the spiral.

What has happened? Why is America slouching like some rough beast — not toward Bethlehem, but Gomorrah? Beyond dispute, things feel as if they are failing apart, and the common rules of a civil society no longer seem to apply.

So true that once civil society starts disintegrating, salvaging individual liberties, personal privacy, private property, and opportunity for upward mobility of all people becomes increasingly challenging. At this point halting and reversing San Francisco’s march towards Gomorrah – as well as halting the national tendency to march along – will require that responsible people pay attention to another admonition in W.B. Yeats often quoted poem The Second Coming.

Things fall apart; the centre cannot hold;
Mere anarchy is loosed upon the world,
The blood-dimmed tide is loosed, and everywhere
The ceremony of innocence is drowned;
The best lack all conviction, while the worst
Are full of passionate intensity.

The Founding Fathers envisioned a limited government hopefully free of special interests such as San Francisco’s Drug-Homeless Complex. Halting the slouching away from such a vision will require responsible people to acquire conviction and the same passionate intensity as those who espouse anarchy and decay.