A couple of weeks ago, North Korean Foreign Minister Ri Yong Ho appeared to believe that the United States had declared war on his country.  And how did Mr. Ri come to that conclusion? Oh, tweets and speeches. The bizarre tale was told on several media sources. Thankfully, Press Secretary Sarah Sanders assured us that all was well during her press briefing of September 25. Most of that briefing’s Q&A dealt with the usual vapidity that would make muckrakers of times past roll in their graves. But, here is the part of interest on the subject of war and law,

“Q  Switching topics, Sarah. North Korea’s foreign minister said that President Trump had declared war on North Korea and that it reserves the right to take countermeasures, including shooting down U.S. aircraft. Does the White House view President Trump’s comments at the U.N. as a declaration of war?”

MS. SANDERS: Not at all. We’ve not declared war on North Korea. And frankly, the suggestion of that is absurd.”

Absurd indeed, but persistent none the less. One could excuse a foreign diplomat for not knowing the ins and outs of war declaration in the U.S. But journalist? How about defense secretaries? Back in August, the media reported that Defense Secretary James Mattis, referring to North Korea’s threat to launch a missile toward Guam, said that war “is up to the president, perhaps up to the Congress.”

But wait! Isn’t the President the Commander in Chief? Surely in that capacity he can declare war! Nope. The President directs deployment of troops after Congress declares war.  Cornell Law School:

“Article I, Section 8, Clause 11 of the U.S. Constitution grants Congress the power to declare war. The President, meanwhile, derives the power to direct the military after a Congressional declaration of war from Article II, Section 2, which names the President Commander-in-Chief of the armed forces.”

Ah, but what about the President’s “war powers?” Presidential “war powers” are the legislative equivalent of fake news. If voters allow it, Congress can pass all kinds of stuff, whether or not the U.S. Constitution allows it. Thus Congress has passed since the Korean war in the 1950s “resolutions” and “acts” that allow the President to send troops to or bomb wherever in the world he chooses.

How come? Why has Congress abdicated its responsibility to deliberate and decide on war or peace? Is it the perception of need for immediate decisions? On December 7, 1941, the Japanese Navy attacked Pearl Harbor. On December 8, President Franklyn Roosevelt delivered his Day of Infamy speech urging Congress to declare war, which Congress immediately did. Roosevelt did not act unilaterally. It all sounds pretty immediate!

The reason for the abdication is more complex. CNN actually reported something substantial in an article dated September 25, 2017 – yes, the article is about the tweet that helped North Korean Foreign Minister Ri come to the conclusion the U.S. had declared war on his country.

“The Constitution grants Congress the ability to declare war in Article I, Section 8. But presidents don’t have to wait for Congress with the more broad interpretation of executive authority that has developed around the executive branch. When they do feel they need congressional authority, they have been more likely to seek and authorization for the use of military force. Even that has become more perfunctory in recent years…Lawmakers are loathe to take difficult votes on military force, however they do, to some extent control the President’s ability by controlling the national purse strings. They could conceivably choke off funding for a war.”

But, Congress has simply doled out the money to fund wars it did not bother to declare. Congress neither wishes to make difficult decisions nor curb questionable presidential ones. 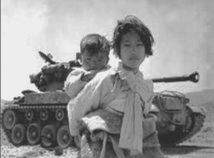 What happens now, as the U.S. faces a nation that claims to have nuclear missiles at the ready, whose leader’s speechifying matches our own, and that remembers the devastation of the so-called “Korean conflict.” Do voters demand responsible deliberation and decision making from an adult Congress, or do we just let tweets and speeches decide our fate?

For those interested in this subject, there is a unique website called War and Law League, where the league’s founder writes about destruction brought about by undeclared and unconstitutional “presidential wars.”  They also have a Facebook Page.