California claims multiple bragging rights – environmental leader, 4th largest economy in the world, highest GDP in the U.S., and lots of sunshine. Astronomical living cost, highest homelessness in the nation, and jewel cities like San Francisco noted for not-so-clean streets all are challenges legislators are working on…and on. However, California has an especially worrisome condition: legislators that do what they determine is good for their constituents, regardless of what those constituents want.

The desire of California legislators to remake the state in their own image is exemplified by Senator Scott Wiener’s proposed Senate Bill 50 which is relentlessly winding its way through legislative committees. The bill claims it aims to fix the state’s notoriously high housing costs by requiring that all cities in California allow developers to build multi-family housing by receiving “communities incentives” in any neighborhood adjacent to transit or adjacent to “job-rich” hubs, regardless of local zoning laws.

This bill would require a city, county, or city and county to grant upon request an equitable communities incentive when a development proponent seeks and agrees to construct a residential development, as defined, that satisfies specified criteria, including, among other things, that the residential development is either a job-rich housing project or a transit-rich housing project, as those terms are defined… Senate Bill 50

Thus if a bus line runs along main street in your single-family neighborhood, multi-family housing – luxury or non-profit, containing any number of subsidized units, and casting whatever shadow it wants onto your yard — shall be built whether you like it or not. The same will occur if your neighborhood is considered by the state to be in an area that offers jobs, such as Silicon Valley or Walnut Creek.

As an aside, SB 50 is a remake of SB 827, which went down in flames at its first committee hearing in 2018. However, this time around the bill offers some tenant protections in an effort to pacify residents that fear being priced out of their neighborhoods; and it requires “labor protections,” such as prevailing (union) wages. 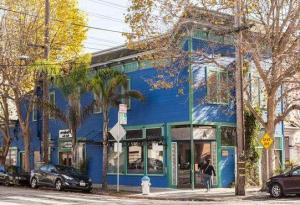 alifornia is home not only to a lot of homeless and housing insecure people, but also home to rich people. Recent statistics say California is #1 in the nation in the number of resident billionaires. Also, the state boasts some lovely single-family and/or low-density neighborhoods – seaside, suburban, and urban – that few would want to give up.

Thus, there is a nearly universal aversion for SB 50.

Local governments across the state have lined up against SB50, including the San Francisco Board of Supervisors and Los Angeles City Council. There is widespread opposition along the Peninsula and in the South Bay, in Palo Alto, San Mateo, Cupertino and Sunnyvale, which like the East Bay suburbs could see their zoning rules upended because of their designation as “jobs-rich areas.  Wealthy Bay Area Suburbs Could Have a Whole New Look Under California’s Housing Bill, San Francisco Chronicle, May 10, 2019

“Everyone hates SB 50—everyone hates it,” said California state Sen. Scott Wiener at a recent forum on the state’s housing crisis. “You hear people getting upset about it, yelling about it, coming down to City Hall and yelling.” Flanked by real estate developers and housing rights advocates, Wiener, a Democrat who represents San Francisco, had come to discuss his ideas for solving the problem—which meant talking about the heated reaction to his signature piece of legislation, Senate Bill 50—the housing bill Californians seem to love to hate.  Everyone Agrees California Has a Housing Crisis. Trying to Fix It Has Become a Battle, Mother Jones, May 3, 2019.

Who Does Your Legislator Work For?

Senator Scott Wiener says “everyone hates SB 50,” yet he is on a mission to get that piece of legislation passed. Who is Senator Wiener working for?